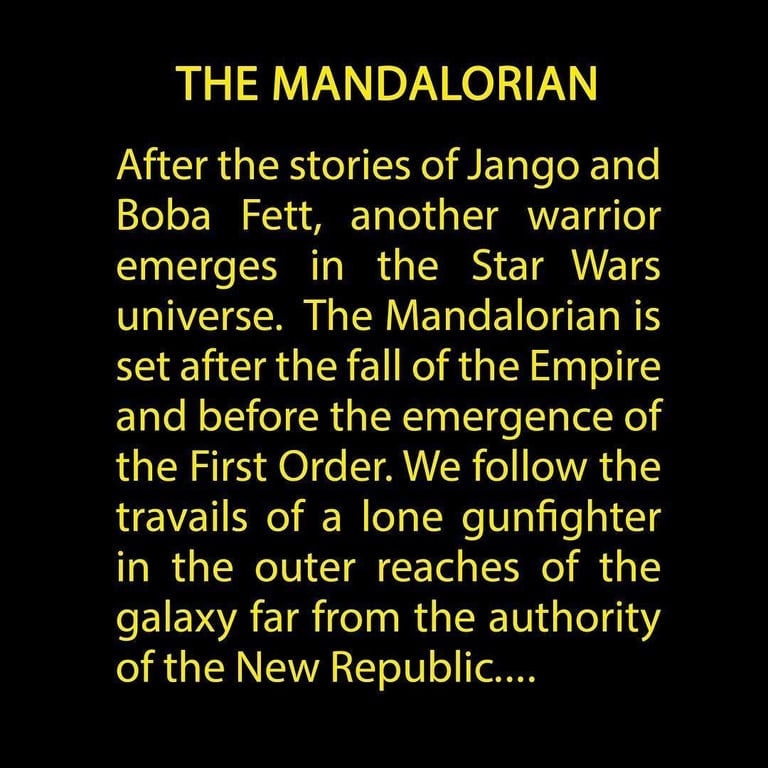 After the stories of Jango and Boba Fett, another warrior emerges in the Star Wars universe.

The Mandalorian is set after the fall of the Empire and before the emergence of the First Order.

We follow the travails of a lone gunfighter in the outer reaches of the galaxy far from the authority of the New Republic….

Seems like we might see some gritty stories from the seedy underbelly of the Star Wars universe, so expect some Boba Fett level shenanigans and a lot of blaster fire.

There are also rumors that Narcos and Game Of Thrones alumni Pedro Pascal may play the lead character of this project.

This premise almost reminds me of a sci-fi western Firefly style, so it is looking good on that front and Favreau seems incredibly passionate about this project.

The Mandalorian is set for debut sometime next year on Disney Play, the company’s upcoming streaming platform.