Netflix has just released a new trailer for the third season of Marvel’s Daredevil, featuring the return of Wilson Fisk and his ultimate confrontation with Matt Murdock:

This season will be a freestyle adaptation of Frank Miller’s classic story arc Born Again, one that Kingpin gets his revenge in a very bad way.

And if you are a fan of Vincent D’Onofrio’s incredible performance as the Kingpin, check out this tweet:

There is also a fake Daredevil running around causing trouble with Matt’s classic red suit, probably supervillain Bullseye making his TV debut, a riff on a classic: 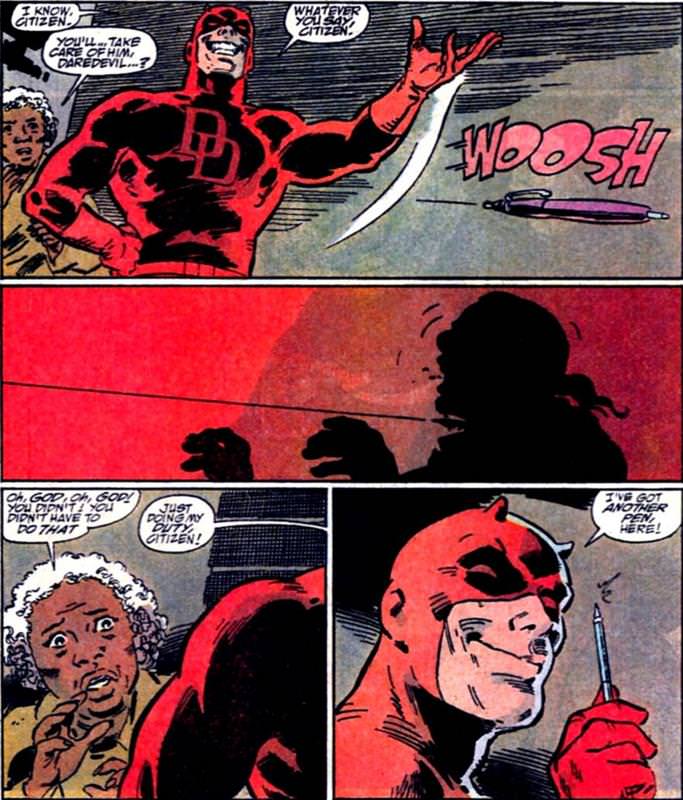 It will be amazing to see this finally hit screens.

This looks so good. I’ll probably binge watch the 13 episode season in one go.

Netflix has scheduled the worldwide release of Marvel’s Daredevil for October 19th.