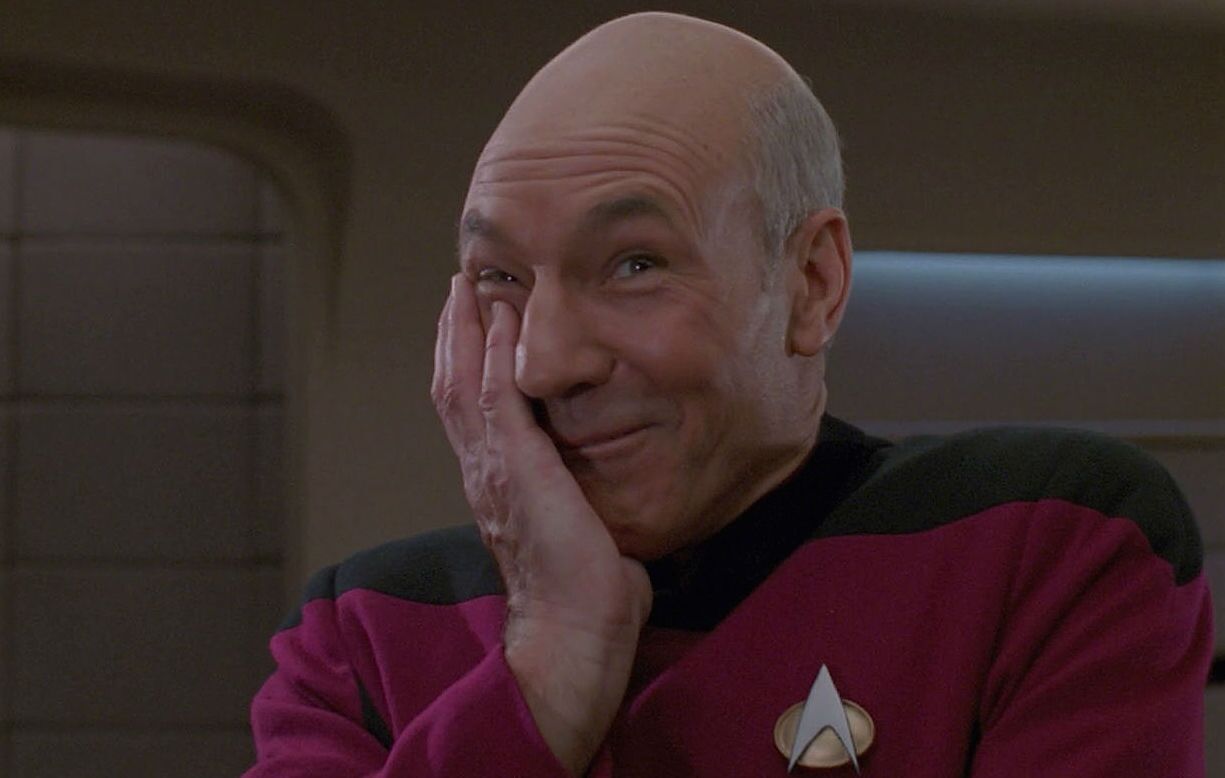 Boldly goers should be delighted by Patrick Stewart’s astonishing announcement confirming his return as the diplomatic Captain of the Enterprise-D, Jean Luc Picard in a new series currently in pre-production.

It is an unexpected but delightful surprise to find myself excited and invigorated to be returning to Jean-Luc Picard and to explore new dimensions within him. Read my full statement in the photo. #StarTrek @cbsallaccess Photo: @shervinfoto pic.twitter.com/8Ynuj3RBNm

Make it so! @SirPatStew will be returning to his iconic role as Jean-Luc Picard in a new @cbsallaccess #StarTrek series that tells the story of the next chapter in Picard’s life‼️ pic.twitter.com/T5qQJ4gzU0

No scripts are ready yet, but in regards to high quality, I’ve been told the people involved share the love for the source material that will definitely make it so.

Will his buddies return as well?

Finally we are moving forward in the timeline as the series continues with Jean Luc Picard exploring new dimensions of his character.

Break out those Picard wine bottles because we are celebrating!

Ted Sullivan from Star Trek: Discovery lays down his words regarding this exciting news:

This #Picard news is very exciting. It’s the brain child of our dear friend and lifelong Trek “keeper of the flame” #KirstenBeyer. This couldn’t have happened to a better or more talented artist and human being! Exciting times for #StarTrek!

Of course, this whole amazing news would not be possible were it not for the outstanding success of Discovery in CBS’ new streaming platform and Netflix.

Here is a list of the some of the best Picard moments:

Nothing thrills me more than starting off this website with this wonderful news.

We’ll keep you updated on details of this upcoming Picard series.

[…] Following up on the thread of our very first post, Alex Kurtzman, the man behind Star Trek right now, released new details on Star Trek: Picard that were reported by the Hollywood Reporter in a story containing a very thorough explanation of the setting of this highly anticipated new show. […]